The beginnings of this investigation started back on April 5th, when I read about a “new study” in “Solar Geoengineering”.  The article fully outs the “Chemtrail” industry and leaves no shadow of a doubt about what “they” are doing.  I quickly pulled together an article to discuss “new study” that same evening:

Fast forward a week later to yesterday.  During a conversation in the UnFuckers Group, someone mentioned that for two weeks they had been smelling “rotting eggs” (sulfur) in their area of the UK…. and I immediately asked for details and expanded my search for information by asking in several group if people had noticed a “Sulfur” smell.  Last I counted I had well over 50 responses from people in the UK, US, Canada, Australia and Russia responding that they have noted it.

What’s interesting is that there are several specific times when the news has shown this happening, and of course, some are due to fully explainable circumstances, like chemical spills, natural gas leaks etc…. but most of them are not- especially when these reports seem to come in groupings at the same time, GLOBALLY.  August 2017 and December 2017 both had many hits, all over the world at the same time, about reports of people smelling sulfur.  Again in February 2018 and in the past 3 weeks the reports have jumped hugely across the world.

Interestingly, most of the first hand reports from UnFuckers, and in the news reports, they mention fog, mist and/or heavy rains.

Last night at the beginning of the UnFuckIt discussion I ran through all the information and the IMPLICATIONS of the use of Sulfur in chemtrails, and how this effects our health.  AND… how Sulfur binds to water!! 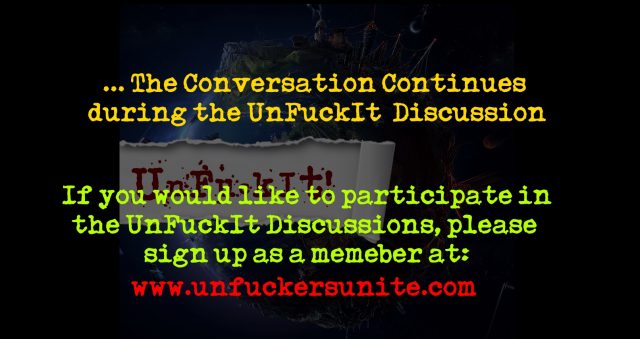 Effects of Hydrogen Sulfide on Health:

From OHS Online:  Low-level exposure to hydrogen sulfide is not uncommon. Some states have developed ambient air standards for hydrogen sulfide well below OSHA and NIOSH standards, recognizing a chronic human health risk for the gas. However, most of these standards are presumably set with industrial emission sources in mind. Residential exposure, especially indoors, is not generally addressed in state and federal regulation. Exposure in a residential setting can come from nearby industrial and agricultural sources, oil and gas development, and wastewater treatment plants, all generally regulated sources. However, exposure to hydrogen sulfide from contaminated drinking water is an exposure route often not covered by regulation, especially rural drinking water supplies from groundwater.

What was really interesting was when I reviewed an article from October 2017 in the UK about the “red sun”……Now this little piece came to light:

“When the sky turned the sun red yesterday – many wondered if the script of Star Wars had suddenly become reality. There was a bizarre yellow haze over much of the UK as high winds pummelled the country. Flights are making emergency landings after ‘smelling smoke’ due to storm Ophelia It was so dark in places that the street lights even came on in the middle of the day and others reported smelling a sulphur-like smell or a smell of bonfires.”

Just a few of the News Articles I found about “Sulfur” smell, all over the world:

Newcastle Australia, April 1:  “The EPA is aware of the strong sulphur-like odour across parts of the Newcastle region,”

NSW Australia, April 2: “The odour is likely to be a naturally occurring gas with a strong sulphur smell, possibly associated with recent heavy rainfall and hot weather leading to areas of stagnant water and will disperse with wind.”

Melbourne Australia, March 19:  “RESIDENTS in Melbourne’s north have been advised not to be panicked by a smelly gas spreading across suburbs.”

Lindo Lake, USA  Jan 31 2018:  “In Lakeside, some residents said they can smell something foul coming out of Lindo Lake…. She and other residents say the stench began earlier this month after it rained.”

Riverside MO dec 2017: “Leaders at Park Hill South High School, 4500 River Park Dr.,  decided to dismiss early Friday after a mysterious odor forced students and staff out of their classrooms and into the commons area.”

Ohio Dec 2017: “A possible natural gas odor hung over parts of Canton and northern Stark County on Wednesday, prompting dozens of calls from concerned residents and puzzling investigators trying to pinpoint the cause.Dominion Energy Ohio technicians and city Fire Department personnel were not able to find any gas leaks.”

KYLE, Texas Dec 2017: (mentions “fog” and “sulfur”)- Area fire departments say they have been receiving numerous calls all weekend regarding a natural gas smell, but say they never found any reason to be concerned.

Moscow, Feb 2018:  “Residents of the capital and the Moscow region again complain of an extraneous smell in the city and the region. The smell of hydrogen sulfide “comes” to Moscow from the “Kuchino” test site.”

Moscow- Dec 2017  “On Friday in the city there was a persistent unpleasant smell , which resembled hydrogen sulphide, rotten eggs and sauerkraut. The smell was felt in the center of the city, in the  southeast and  northeast .”

UK August 2017: “The mystery over a noxious chemical haze that drifted ashore along the Sussex coast and put scores in hospital has deepened as police have said it is unlikely to have come from France. Around 150 people needed hospital treatment for burning eyes, vomiting and sore throats after the mystery gas came ashore near Beachy Head on Sunday afternoon.”