My #steemit feed has been filled all weekend with the hashtag #deletefacebook with everyone jumping on board the the “Get the fuck off Facebook Now” bandwagon, and I have to ask….. why now?  And if “now”, then where will all these exfacebookers run to for their daily (hourly) social media fix?

Facebook is stealing your data, warping your news feed to only show you content that they want you to see, selling your (social media) soul to the highest bidder, and filling your wall with troll posts by political players who’ve been allowed to infiltrate and spin-doctor the on going social rhetoric across Facebook……  So what else is new?

Folks, this isn’t “News”.  This has been a well established fact for YEARS….. so….. why NOW?  There is an agenda at play here and it’s up to us to figure out what it is.  Suckerface sold off hundrends of millions of dollars worth of Facebook Share/stock just before their price/value began to plummet- which means he KNEW it was coming.  Which says to me that he was part of the plan to begin with.  When talking heads like Elon Musk jump on a viral bandwagon, I immediately have to stop, look around, and ask “What the fuck is really going on here?”.

And the next question I want to ask- and it’s purely a rhetorical question, because I know there is no answer for it:

How to get the ExFacebook users to sign up for and STAY on Steemit?

It’s all fine and dandy to push out a ton of articles/posts with the hashtags #deletefacebook and #joinsteemit, but it’s a non-workable situation that isn’t going to happen.  Facebook users may sign up for Steemit and may even fall for the “how to become popular on Steemit in 5 easy steps” posts that proliferate Steemit,….. for a few weeks maybe.  But they won’t stay.

As I outlined in my article “How to Become a Steemit Whale….“, about the reason that facebookers aren’t staying on Steemit:

The REAL reason they are fading away is because they’ve busted their balls to put out great content….and that content got 5 views,….. maybe 10. And NOTHING is more depressing to a writer/artist/musician than to put your heart and soul into a piece and then watch it sit there gathering dust in a corner, because no one can find it, let alone admire it and maybe, just maybe, reward it.

Steemit will never hold onto 99% of the ExFacebook users who are looking for a new social media platform to jump into.  Why?  Because it is a 1%’ers game.  Either you are a “Have” or a “Have not”, a “Whale” or a “Minnow”.

And as I said in the video, until someone comes along and either FIXES Steemit, or creates another brilliant platform like it, but with an even playing field…. The exfacebookers will either move on to search for a platform that better suits them, or go crawling back to Facebook where at least they know what to expect.

PS: I have just launched the new UnFuckers Unite membership website, and you’re all invited!! I will be archiving the UnFuckers Unite Facebook group in the next few weeks:  https://www.unfuckersunite.com/ 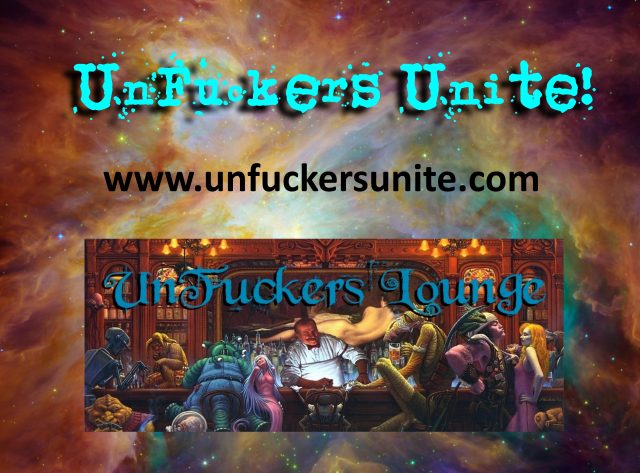