With Hawaii’s mass text of imminent disaster shocking and outraging people, my immediate response was to look in the opposite direction.  Just what else is going on that they needed a major distraction….

Hawaii texts everyone in the state: Missile heading straight at you bend over and kiss your ass goodbye.
– sent at 8:08 am- 808 is Hawaii’s telephone area code!! …. but it was just an opps!! Tulsi Gabbard sends Tweet that its a false alarm. BUT….it takes 45 minutes for officials to CONFIRM that it’s a false alarm!!! 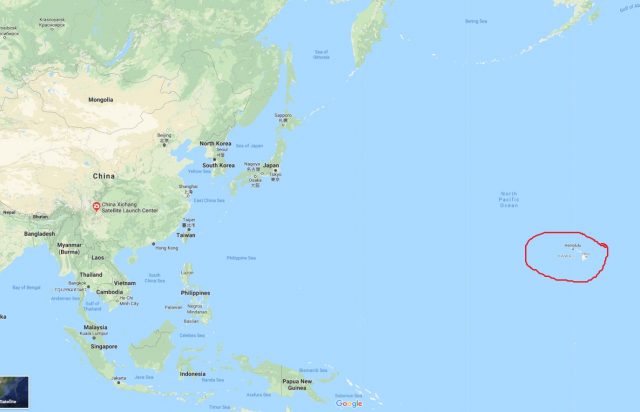 … at the same time that a rocket booster crashes in China, narrowly missing a town, after China launches two rockets for satellite deployment!!!

Pentagon being audited for the very first time, and immediately we find out: “Army Finds $830 Million In “Missing” Helicopters As First Ever Audit Begins” ( not to mention the 44000 missing military personnel that they have no idea where they are!)
https://www.zerohedge.com/news/2018-01-11/army-finds-830-million-missing-helicopters-first-ever-audit-begins

Last week we also saw Oprah and her ridiculous speech, and the “Running for President” spiraling out of control across social media…. and then she says No, she’s NOT going to run for president
….. distraction much?
https://www.zerohedge.com/news/2018-01-13/oprah-president-really

We also had Ecuador grants citizenship to Assange….. wonder why it took so long? And why now?
https://www.nytimes.com/2018/01/11/world/europe/julian-assange-ecuador-embassy.html

SpaceX launch and …. failure? yet “SpaceX representatives were quick to assert that the Falcon 9 had performed exactly as planned. ”
http://www.newsweek.com/elon-musk-spacex-zuma-failure-777864