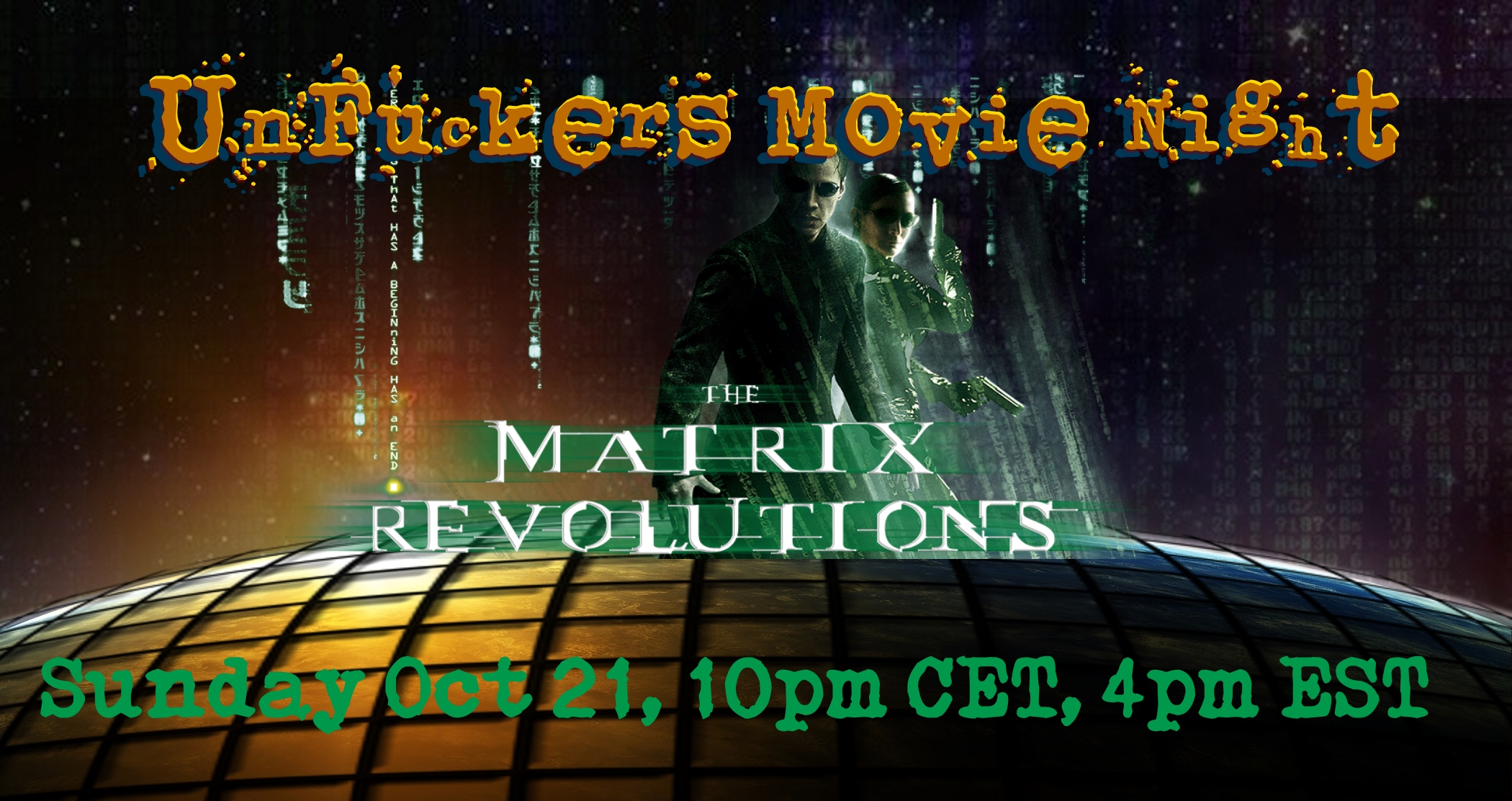 Last night the UnFuckers watched the final move of the Matrix Trilogy- Matrix Revolutions.  Again there are some very interesting pieces within the movie, especially when you watch it with a fresh perspective.  One of the most interesting parts is the final conversation between the Oracal and the Architect at the very end of the movie:

Oracal: What about the others? The ones that want out?
Architect: They will be freed.

The other thought that came to me during the final battle scene was, what if it’s a reversal?  What if it’s not the “Machines” drilling/fighting their way into “Zion”- humanities last settlement/home/protected area?  What if it is “humans”, drilling through/fighting the matrix to release humanity from it’s prison within the “Machine/Matrix”?

Also, the savior meme and christian dogmatic rhetoric is very strong in this final movie, with the final battle between “The One/savior/christ” and the mutated/infected program/anti-christ, culminating in(spoiler alert) the martyred sacrificial death of “The One” and his final pose as his body is carried away by the machines. Followed by the relooping of the matrix, and the renewal of the program into the next version… Very interesting stuff indeed.