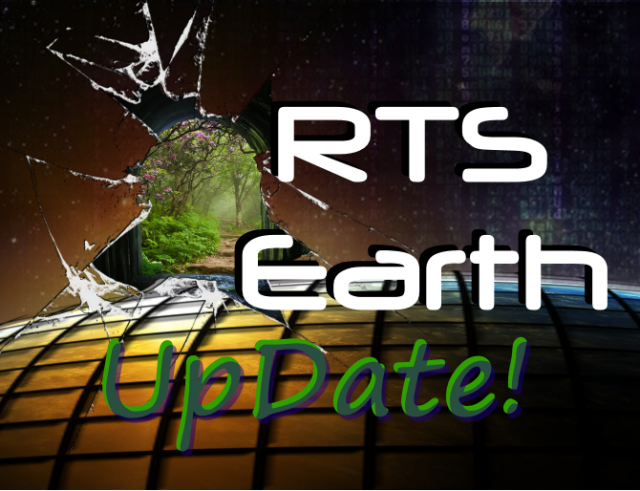 …We knew it was bad….. But we discovered yesterday just HOW bad the damage was.

So as you all know, in December the server that hosts RTS Earth (and all of my other sites and JC’s sites) completely crashed, and we lost all of our RTS Earth data from Aug 15- end of December, when our hosting site moved us over to a brand new server.  Since the beginning of January, JC and I have been working on making the site operational again.  Flash forward to last week, I ran into what appeared to be a glitch in the coding (my assumption) for the “categories” on RTS and the blog feed.  After quite a few tantrums I figured out a work around, and thought, “WELLA!!”  all fixed….

…Yesterday I began the process of re-building the membership side of RTS and immediately ran into a MAJOR error….  The short story is that RTS Earth’s databases and something technical from the server side (dont’ ask me what, you know I don’t speak this techie stuff, lol) is completely fucked up and at this point, not repairable.   JC and I had a long conversation about it yesterday and we looked at all the angles and threw all the options on the table.  If we completely strip RTS and do an entire rebuild… there is no guarantee that the same major errors won’t appear. soooooooo…. We are moving things around.

I have the UnFuckers Unite domain, that I’ve been holding onto for the past 10 months, since we launched RTS Earth… and I Knew the moment would come when I would re-launch it again!!  What we are going to do is to strip all the bells and whistles off of RTS Earth- all the community and social media groups and forums and UnFuckers content- and RTS will remain the public site where all the articles and shows are archives and view-able to anyone. It will remain the home of  Removing the shackles, Transpicuous News & Views, Common Unity, Quintessentially Whole, and Deep Immersions, but the UnFuckIt discussions, the Unfuckers Unite group and our private membership content will all be moved over to www.unfuckersunite.com (don’t bother going to look at it yet, it’s still in the middle of migrating and being rebuilt!).

As soon as UnFuckers Unite site is rebuilt and ready to go, we will be launching the private membership and I will have lots more to update you on.

As for the Facebook group, as I said way back when RTS was started, I want to move UnFuckers off of facebook- for all of the reasons that we continuously bitch about.  I didn’t do it then, but I am doing it now.  Once we’ve got the UU site up and running and the membership stuff all sorted out, I will be archiving the UnFuckers Unite Facebook group.  What this means is that all the content in the group will remain and can be read, but there will be no ability to create new content or to post comments. As I explained the last time, I am not willing to just farm out the UU facebook group for someone else to watch over and use, and that is still not an option as far as I’m concerned.  I know that people are going to be upset about this and I’m sorry.  If people wish to stay on Facebook, I suggest that a few of you get together and create a new group, separate from UU.

I am also moving over to Steemit for posting content and for opening up discussions to new people and new groups. Everything posted on Steemit- and DTube- is on a blockchain that cannot be fucked with, deleted or altered… after this major crash on RTS, I’ve come to realize that taking down our content is just too easy on regular websites and on social media sites like Facebook.  It’s time to move foreward, and it’s time for change, and I think that Steemit is an excellent path forward.  It certainly won’t be the “final step” but it’s definitely a bridge to get us over the shit and moving in the right direction.  If you want to follow what I’m doing on Steemit, here is my page:

Luckily, us UnFuckers have a helping hand in making this move, as a friend of mine- @aggroed (who is an UnFucker ;>)- is a major player on Steemit and has been helping myself and several other unfuckers get setup on Steemit.  Aggroed also put together this video to help everyone get sorted out:  https://steemit.com/steem/@aggroed/more-unfuckers-and-a-quick-tutorial-video

Here is the list of the current UU group members who’ve made the trip over to Steemit- there are a few missing from this list, and I’ll try and update it as more UnFuckers are through the authorization process.

… and the List of UnFucker Steemians is growing daily!!!!  You all know where to find me!!