A fellow UnFucker sent me this link (below) to a great site that is clearly showing that something very very weird is going on.

….. When is a “geomagnetic storm” not the type of geomagnetic storms  we’re use to?  I backtracked this info to look at the usual sites I use to track Earth’s geomagnetics- tesis and solarham, and both are showing absolute CALM during this time and not even so much as a flicker of “geomagnetic” activity.  So… if it’s not a “solar triggered” geomagnetic storm… then what is the actual trigger?

And yet…. The Swedish Institute of Space Physics in Kiruna, Sweden’s readings are showing that during July 30th, there was a massive geomagnetic “storm” that literally blew off the charts at G5 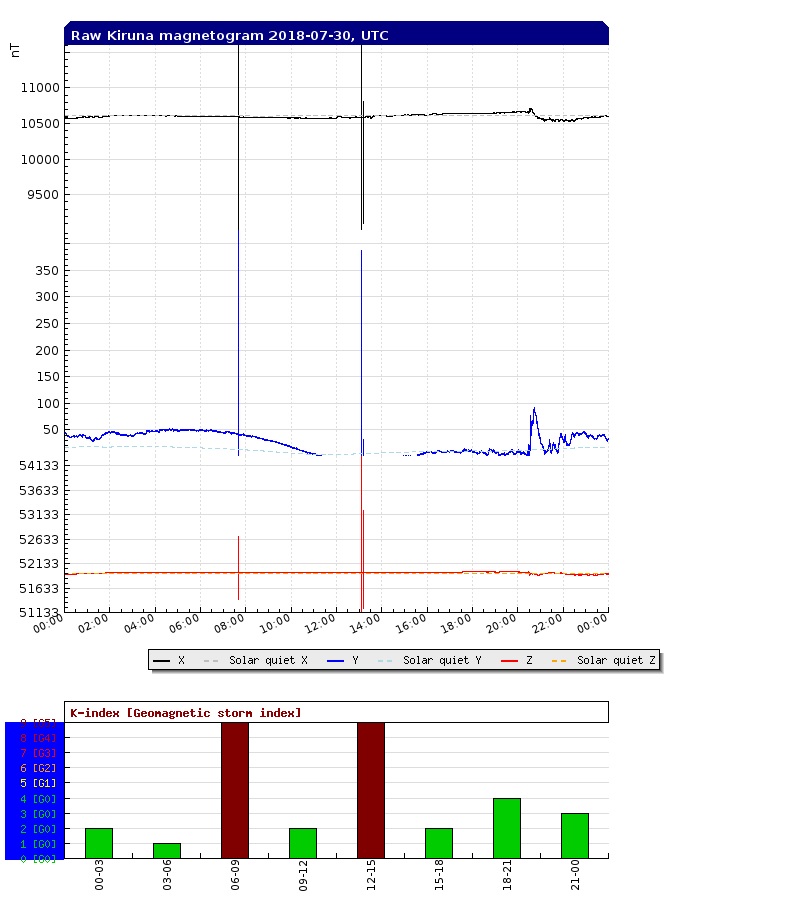 And NOAA’s ACE charts also show that obviously something happened at that time: 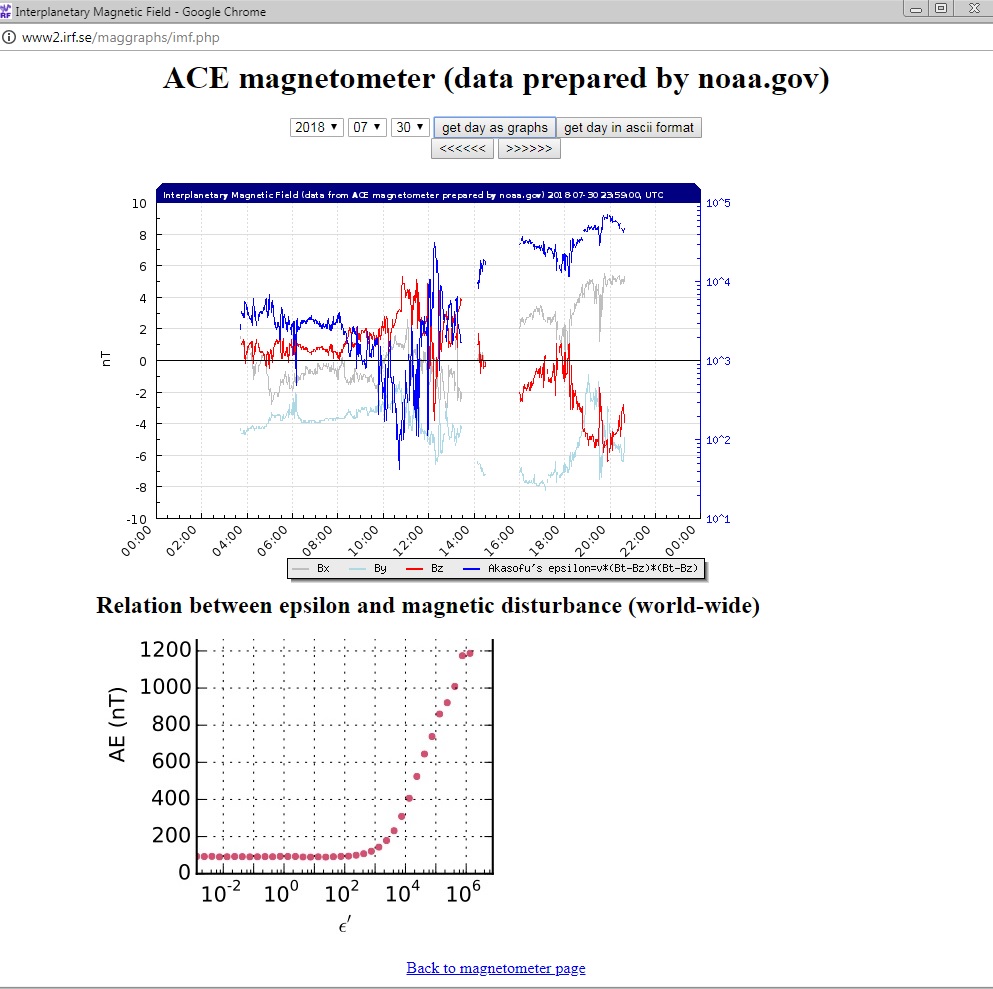 … Yet according to Tesis, solarham etal… nothing to see here folks. Move along….

Interestingly, the Italian Schuman graphs show some rather large activity July 24- 28th, almost nothing on the July 29-30, and another huge spike August 1st.

This website, schrodingersothercat (I so love the name!!) drops a massive amount of information, graphs and links- I’ve put a small excerpt below.  Please visit the SOURCE HERE

Something has happened… we’re just trying to figure out what it is. [UPDATE: We know what it is!] We were trying to do a Step 10 wrap up, checking all the meters, but the energies just won’t stop. And now THIS.

Look at this. If the MSM knew what this was, it’d be front page news. As it is, no one is covering it: 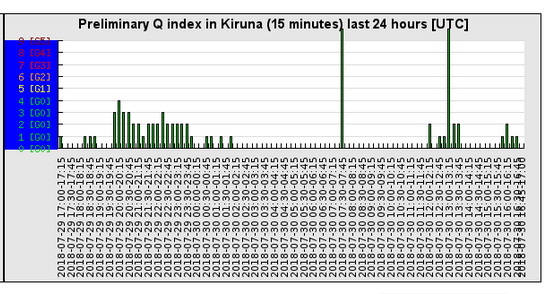 So, shortly after midnight PDT and around 6:00 am PDT. 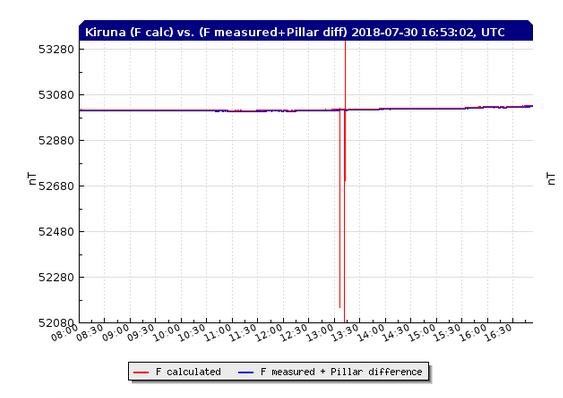 This kind of thing (the G5 events) normally has its origins in the sun… but all the solar meters are sleepy. Meanwhile, at (sold out) Spaceweather… there seems to be no interest in “science” apart from what NASA tells them: 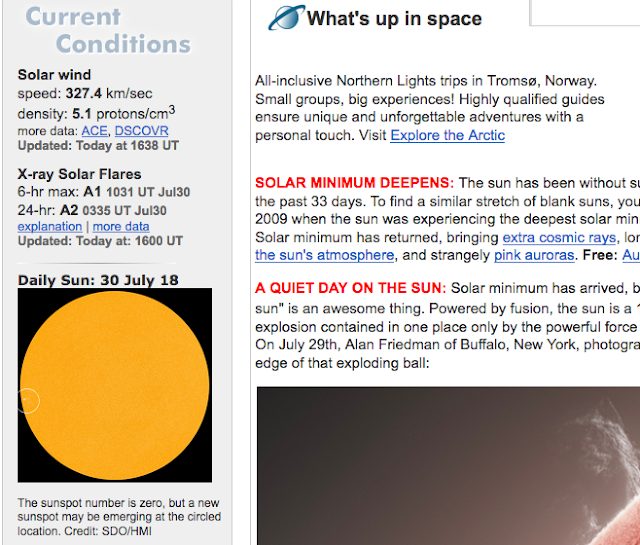 But, look at the Yakutsk muon data:
Literally off the chart. It never looks like that.
And another: 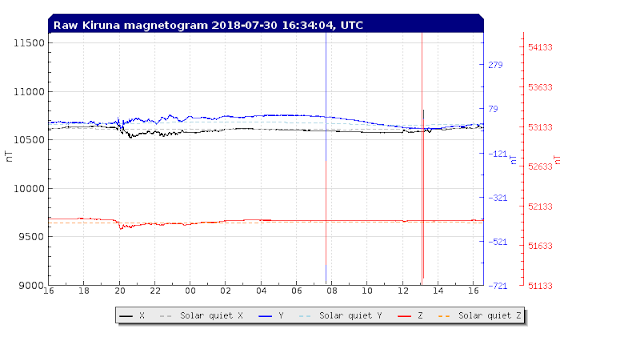 Literally off the chart.
And here’s the riometer data: 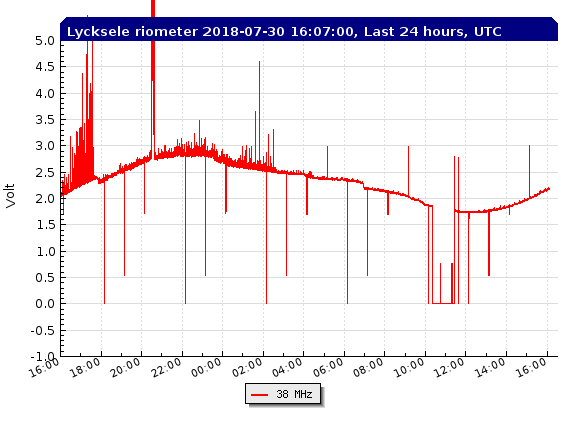 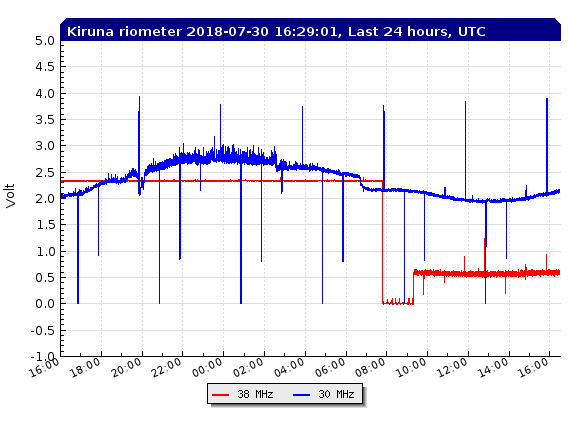 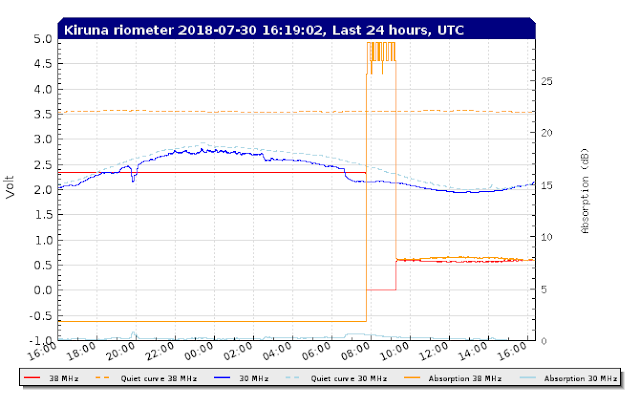 Those are singular plots.

AND… something else just happened as we wrote this up: NOW IT SMELLS LIKE DONUTS! Seriously. What the heck is going on? Ears ringing like crazy, too. We’ll let you know what it means once we figure it out. Jeez. Mondays. [Keep reading]
UPDATE1 7-30-18 — 2:18 pm PDT

The phenomena also registered in Canada… 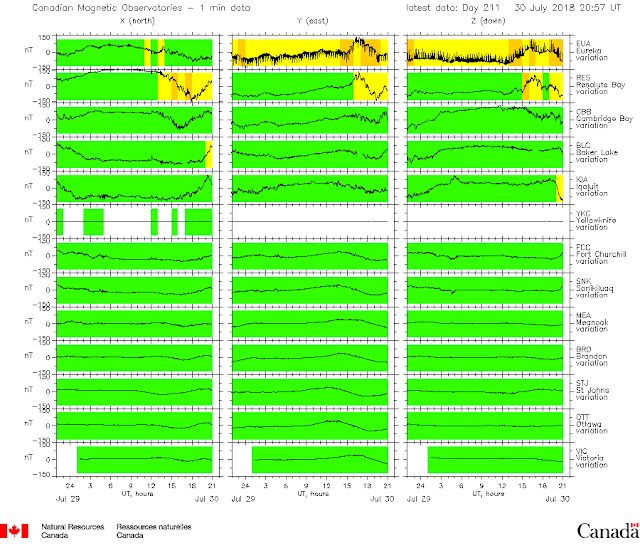 MRMBB333 has put out some very interesting videos on the current Solar radiation situation:

THIS video is from 2015 and he is showing that the UVC IS penetrating through the atmosphere:

And WSO has been showing some VERY interesting electro-magnetic anomalies:

https://www.youtube.com/watch?v=Ogodl_sg9iY&t=217s
…And strangely enough, in the past week I’ve smelled something sweet in the air several times…. hell, I even tried to follow my nose last Saturday night to find out where that delicious smell (that no one else could smell?) was coming from!!
d