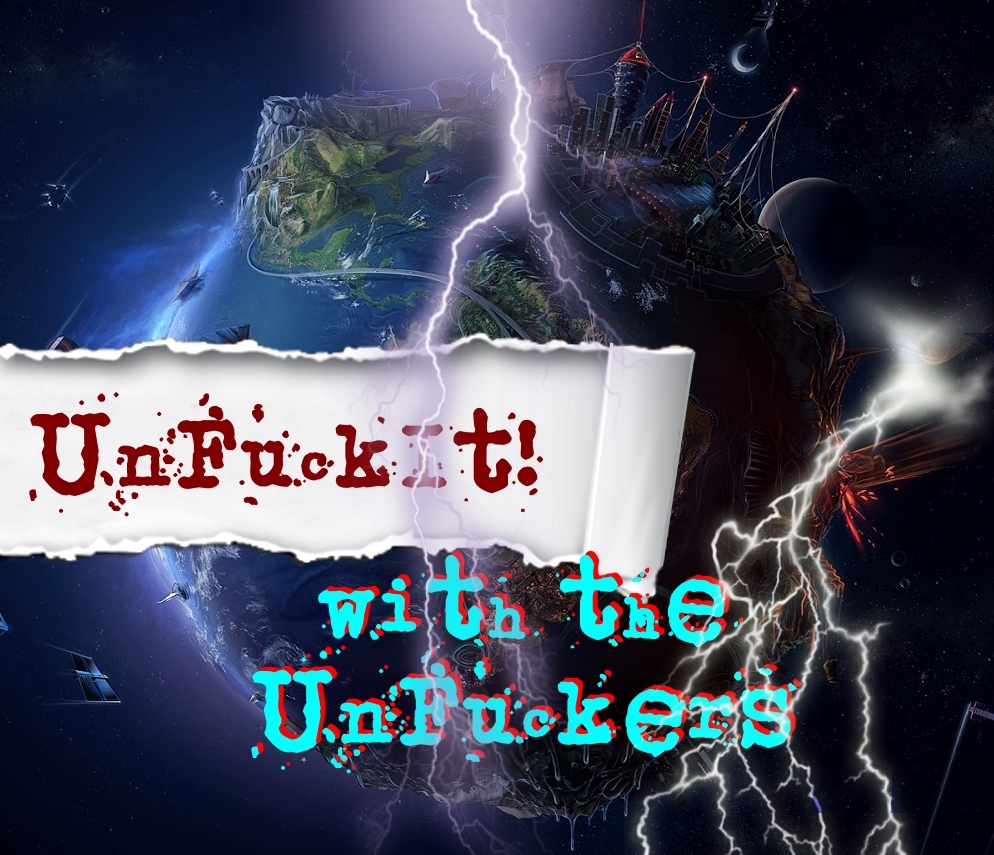 Last nights UnFuckIt Discussion opened with a Dani Rant, a rant that might turn itself into a regular show.  For ages I’ve talked about the stupidity that seems to have flooded modern science and academia, with so called “studies” and “research” that are just asinine, ridiculous, and downright stupid… and I opened the show with a quick look at the latest unbelievable, illogical bullshit.

Then onto the serious stuff.  Time. Timelines. Mandela Effects. Project Looking Glass, The Yellow Cube,  Dan Burisch, Bill Wood, Jon Titor, and others… It is obvious to me that our reality has been multiply fucked with and that we are looking at the zero point now, where everything is spinning in tighter and tighter loops, and the frayed edges of reality are literally unwinding right before our eyes. But who is pulling the threads?  Last night I laid out my latest theory on these subjects and took a brief look into the “Q anon” information- are the “Q” what we called the “White Hats” back in 2012? Are the Q Anon just a rebranding of the original White Hats and their work through the US military and secret agencies, to counter the effects of the “cabal” and “shadow governments”? And is Trump nothing more than a rallying point to pull in the public, to insure the information is thickly spread across the consciousness of Americans?   One of the biggest questions I’ve had since reviewing the Dan Burisch interview on Project Camelot back in 2007 is:  What did Dan know about 2016? And did it play out the way he “saw” that it would?  Are we on Timeline 1?  Or are we on Timeline 1.5 in some strange variation that was created through the constant battle between various factions all trying to use the “time tech” to outwit each other?  Inquiring minds want to know!