Yet again, the DEA (and FDA) are caught in Bed with a corporation who’s interfering and lobbying to protect their bottom line and boost their profits.

In 2007, Insys filed a disclosure statement with the Securities and Exchange Commission, directly stating that marijuana legalization would threaten their products.

“If marijuana or non-synthetic cannabinoids were legalized in the United States, the market for dronabinol product sales would likely be significantly reduced and our ability to generate revenue and our business prospects would be materially adversely affected,” the company said.

… And really, that’s all you need to know to fully comprehend how these government agencies- that are suppose to be protecting the citizens of the country- are actually nothing more that Big Corporations YES MEN.

We are going to be digging into this topic very soon on Transpicuous Views- the discussion of Medicinal Marijuana: how it’s used and prescribed- and the dangers of GMO and Synthetic marijuana, and the power and agendas of these big corporations that are working to control and overpower the legalization of real marijuana. 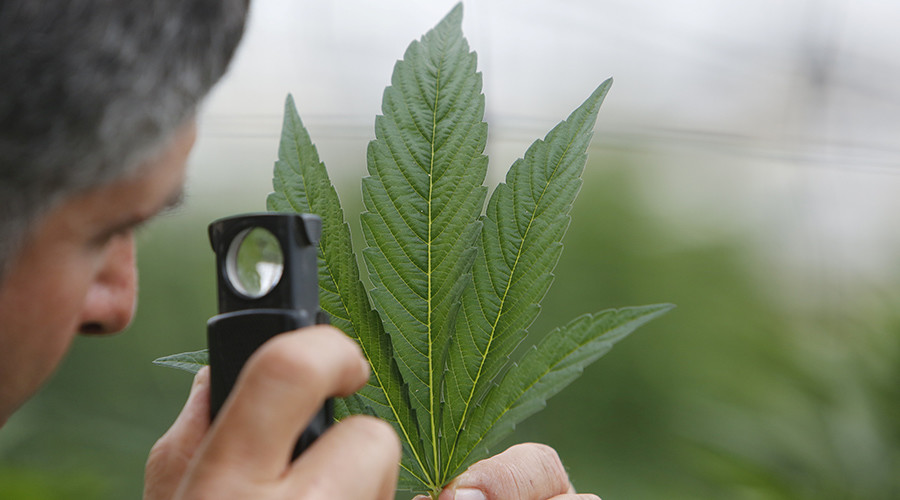 © Nir Elias / Reuters
20.1K279
A synthetic marijuana product could be available for commercialization after the DEA gave a newly approved drug a schedule II classification.

On Thursday, Insys Therapeutics announced that the Drug Enforcement Administration (DEA) issued an interim final rule that would put Syndros, their synthetic marijuana drug, on Schedule II of the Controlled Substances Act (CSA).

“We look forward to interacting with the FDA to finalize the labeling and subsequent launch of Syndros in the second half of 2017,” Vetticaden said. 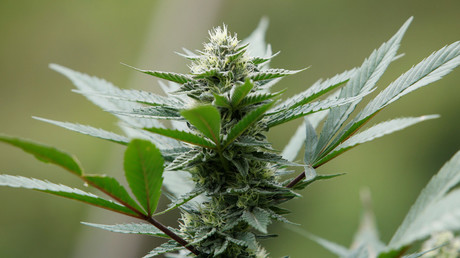 Syndros is a synthetic version of tetrahydrocannabinol (THC), the main psychoactive component in the plant. In July 206, the company announced the FDA approved their liquid form of synthetic THC to treat anorexia associated AIDS patients, and nausea and vomiting induced by cancer patients going through chemotherapy.

The DEA approval placed Syndros and its generic formulations in schedule II of the CSA, which is reserved for drugs that have “a high potential for abuse, with use potentially leading to severe psychological or physical dependence.”

While some Schedule II drugs can be used for medical purposes, like Vicodin, oxycodone, Adderall, and many prescription painkillers, Schedule I drugs are all federally illegal. Non-synthetic marijuana is a Schedule I drug, which is reserved for drugs that have “no currently accepted medical use and a high potential for abuse.”

In 2011, Insys wrote a letter to the DEA, urging them to maintain the Schedule I status for non-synthetic marijuana, citing “a longstanding policy of the United States to disfavor domestic cultivation of narcotic raw materials because of concerns about the abuse potential from farming of this material.”

Insys also opposed legalization in Arizona, donating $500,000 to Arizonans for Responsible Drug Policy, a group opposing Proposition 205, an initiative to legalize and regulate marijuana like alcohol in Arizona.

In a statement, Insys said it opposed Prop 205, “because it fails to protect the safety of Arizona’s citizens, and particularly its children,” according to the Arizona Republic. 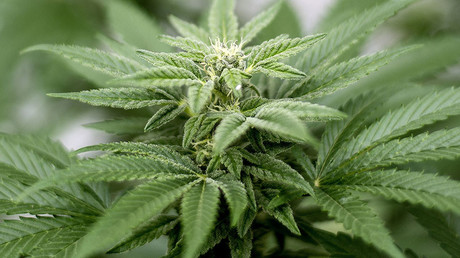 The proposition was narrowly defeated in the state, meaning users in Arizona could face felony charges for possessing even small amounts of the plant.

JP Holyoak, chairman of the Campaign to Regulate Marijuana Like Alcohol in Arizona, says Insys funded the opposition “to kill a non-pharmaceutical market for marijuana in order to line their own pockets,” according to the Washington Post.

In 2007, Insys filed a disclosure statement with the Securities and Exchange Commission, directly stating that marijuana legalization would threaten their products.

“If marijuana or non-synthetic cannabinoids were legalized in the United States, the market for dronabinol product sales would likely be significantly reduced and our ability to generate revenue and our business prospects would be materially adversely affected,” the company said.

The company is currently under investigation for illegally marketing Fentanyl, an opioid that is 50 times stronger than heroin, which has been linked to the death of Prince last year.

In December, several executives at the company were arrested and the CEO was forced to step down after they were charged with using speakers fees to entice doctors to prescribe Subsys, a medication for cancer patients that contains Fentanyl.

“You have a company using profits from the sale of what has been called ‘the most potent and dangerous opioid on the market’ to prevent adults from using a far less harmful substance,” Holyoak said according to the Arizona Republic.