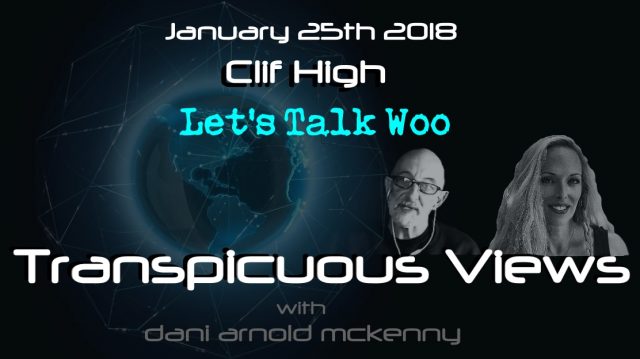 Last night was a special edition of Transpicuous Views.  I sat down with Clif High for a “Deep Woo Woo” discussion.

Clif started the conversation off with the introduction of the idea of “Universal Internet” using quantum entangled particles to create instantaneous communication that is wireless and frequency-less, and  where that technology could take us in the near future.  From that point in the conversation, it was a fast paced trip down a multitude of rabbit holes spanning consciousness, time, space,  science & technology, Antarctica & the Arctic, CERN & DWave, quantum computers…. and of course, Bitcoin & blockchain.

…and we barely scratched the surface!  Clif will be back again in the next little while to definitely discuss the rabbit hole he tossed onto the fire just minutes before then end of the show!  Stay tuned!

The video’s I mentioned during our conversation are below my notes.

“Senate GOP tax bill would add $1 trillion to the debt,”…. The Current US Debt stands at $20 Trillion making the total……
$21 Trillion dollars.

…. how much money had disappeared and is unaccountable for by the DOD and dept of housing and urban development?
$21 trillion dollars

…. Bitcoin slated to reach $1million each by 2020, bringing the total value of the 21million mineable coins to…….
$21 trillion dollars.: John McAfee raises bet: If Bitcoin isn’t at $1mn by 2020 ‘I will eat my dick’ https://t.co/nU8tfEAYnfpic.twitter.com/KdhJqyqrGS

….”With $21 Trillion, China’s Savers Are Set to Change the World”

….”China is poised to unleash up to $21 trillion to be invested outside their borders”

….”estimates that a total of around 21 trillion gallons may be the final statewide rainfall total for Harvey, ”

EDITED TO ADD ANOTHER ONE– sent to me by a viewer:

Clif High Videos that I mentioned during this episode: