I posted a quick Solar Update yesterday, March 21 2019, on Facebook:

“The solar flares I talked about on Wed nights UnFuckIt Discussion have continued, and the sun hasn’t settled down at all since yesterday”

As soon as I woke up this morning, after getting caffeinated and fixing all the computer technical glitches that seemed to have formed over night, I immediately went to the Solar feeds to see what’s happening this morning.  As I suspected, we’ve seen no decrease in solar activity.

The C Class solar flares have continued all night without stop, and the xray flux is still elevated. We’ve also been at 0 KP– meaning the weakest magnetosphere measurable- since approx 4pm March 21. We have no measuring stick that tells us the effects (physical and otherwise) of C class solar flares during 0 KP field strength.
On Wednesday nights UnFuckIt discussion, I opened the show with a geomagnetic update (first 10 minutes or so).  I commented that the sun spot responsible for these solar flare, spot 2736 was very small and a simple “Beta” class spot.  Since Wed. morning 2736 has grown significantly and morphed into a Beta Gamma Delta spot- meaning that it’s magnetically complex.  I certainly didn’t see that coming!
The first C Class Solar flare on the 19th did produce a CME which will be geoeffective (ie: it’s going to hit us), sometime around March 23.  The official goons have also raised the Solar flare risks to 15% chance of an M Class, and 1% of an X Class flare.  the good news is that Sun spot 2736 is getting ready to rotate around the western limb of the sun and will not be Earth facing or geoeffective in the next few days.
My personal comment- headaches and wooziness seem to abound at the moment.  Computers glitching or dying altogether seems to be the special addition to the menu this week. Take it easy on yourself – rest, stay hydrated, and watch out for the crazies!!
d 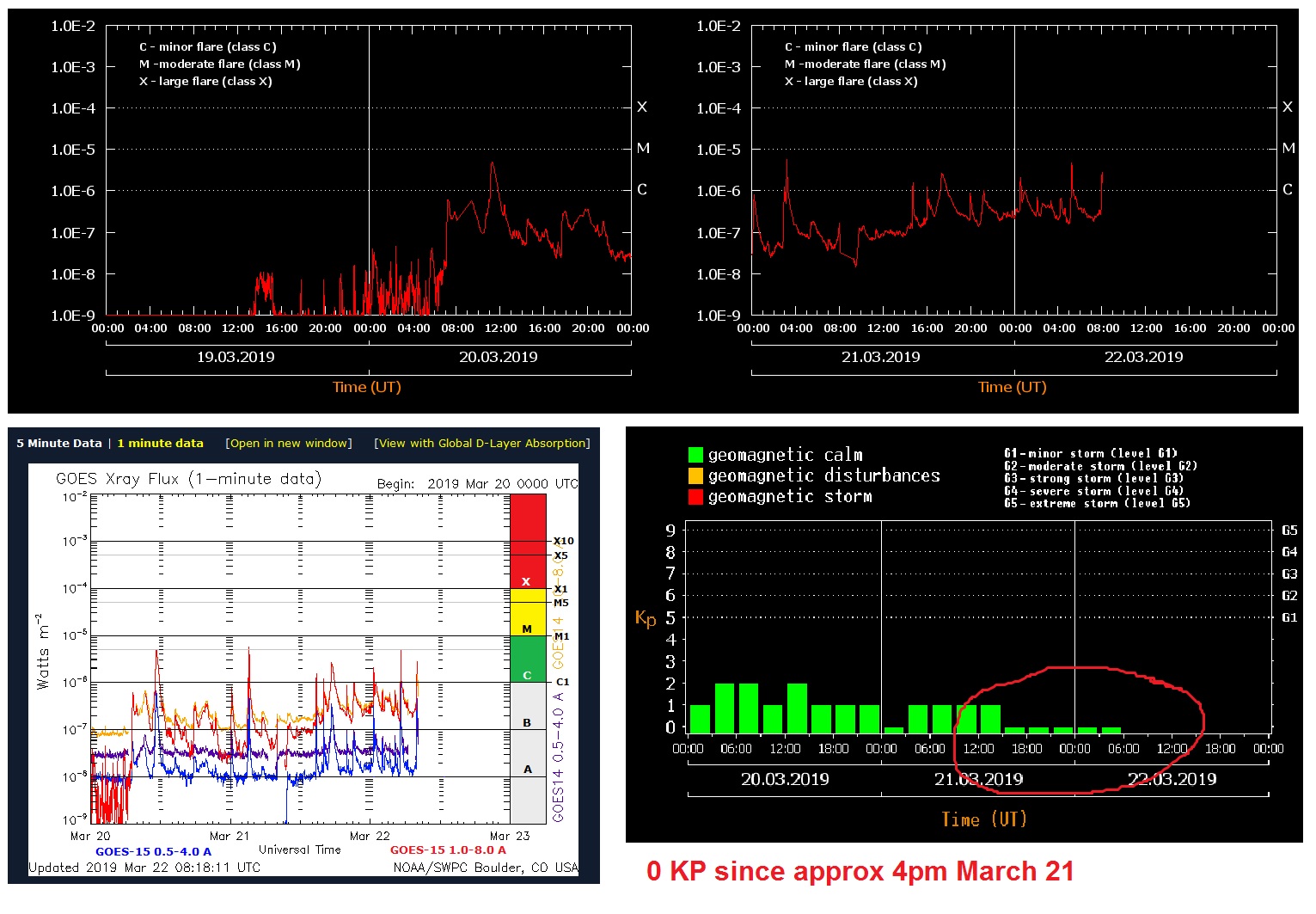 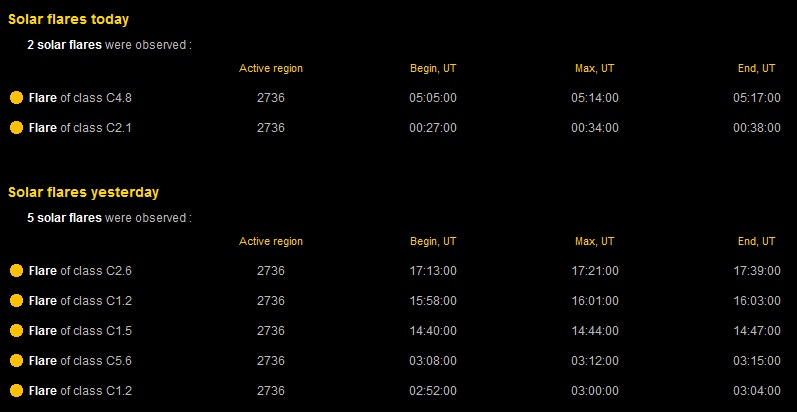