“BEWARE THE COMING SOLAR STORM!!!!   … It will take out the electrical grid, destroy satellites, and every piece of chocolate in the world will instantly melt!!!”

Everything except the chocolate part is the current ranting of the main stream media.

The short answer:  There is no “Massive Solar Storm/Geomagnetic Storm” about to hit earth. 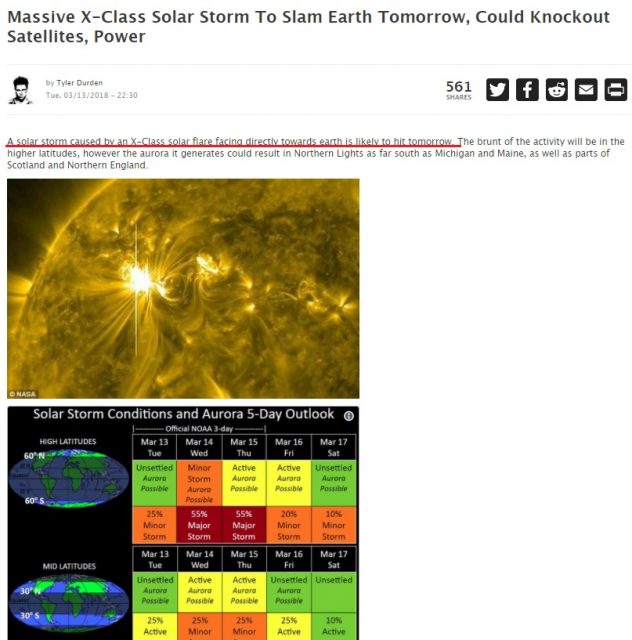 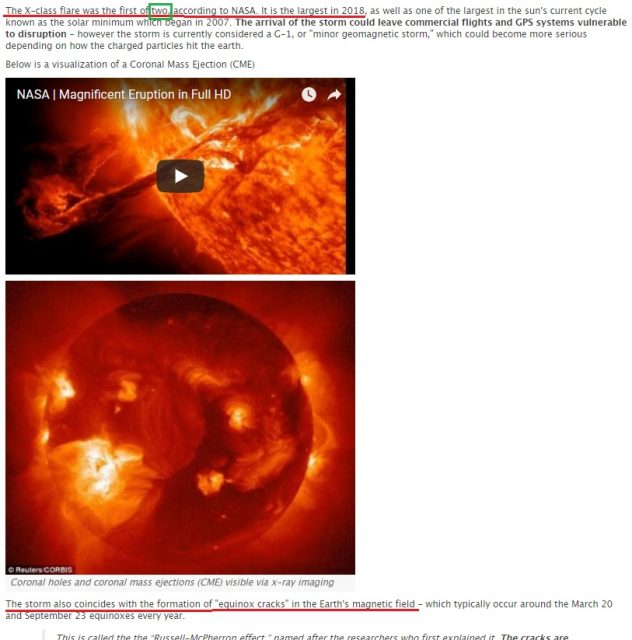 The interesting thing about this is that the Zerohedge article mentions the “Equinox Cracks” in the Earth’s magnetic field that happen every spring and autumn equinox. This is a subject that has only been barely touched on in the past, and is rarely recognized as an actual event that directly effects our planet.  Just recently Crow777 put out a radio podcast called “The Lost Equality of Equinoxes & Lunar Waves”

I was sent a copy of this pod cast the night it came out by a friend of mine who raised an eyebrow at the coinciding dates of …March 18th. Some very interesting information is laid out in this vid.

Sooooo…. we have lots of political and financial bullshittery hitting epic levels this past two weeks, we have a solar event being pushed by the main stream AND alternative media, we have a small geomagnetic storm incoming, a mediumish sized solar coronal hole with increased solar wind streams, the spring equinox with it’s “equinox cracks” in our magnetic field, the dramatic increase in cosmic rays entering our atmosphere over the past few years… ….and we have rumblings of mid-March dates being given out from multiple areas- on multiple topics- as “something is going to happen”…

News Links for this episode:

1 thought on “The Mega Solar Storm that isn’t: What’s the Distraction?”