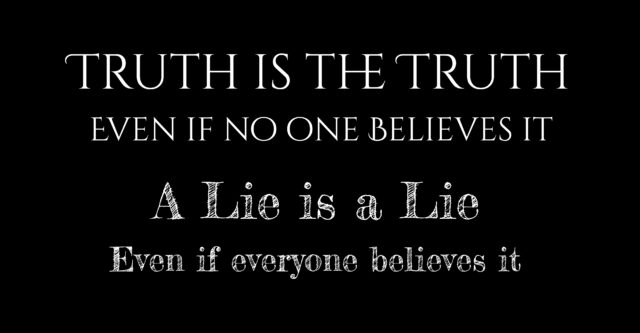 It’s been a very long time since I’ve put out a written article, but this morning, after watching this video, I immediately knew that it was time to sit back down and start writing again.

For the past almost 3 years, since the inception of the “pandemic” I’ve continuously cautioned people against falling for the latest news, the latest “reports” coming out of not just the main stream media, but also from the Alt Media.  For over two years now we have been inundated with outright lies and fraud by the main stream media, and the common  gut reaction by many in the “truther” community is the do the extreme pendulum swing:  If the main stream media is lying, then therefore the “alt media” must be telling the truth.  This is a very prevalent mental response to all the bullshit we’ve been fed, but it’s is not a fact, and actually harms the entire “truther” movement because much of what comes out of the “alt media” is also not true.

I’m not going to write a massive thesis about the use of the Alt Media to create distractions and deliberate false trails, but suffice to say that when we “share” articles, links, videos etc that are false, we are harming not only our OWN reputation, but the reputation of the greater “truther”  and “freedom” communities at large….. which, dare I say, was the plan all along.

One of the biggest, loudest “conspiracies” to come out in the past 2 years, that spread like wildfire through the entirety of the “truther”, “patriot”, “awake” groups and communities was the shocking headlines of “GRAPHENE OXIDE IS IN THE COVID VACCINES!!!”.  I immediately began asking for the proof of this, and telling people not to get caught up in this narrative until we HAVE proof. “PROOF” is not a picture of some vague shape on the internet. This isn’t my first rodeo, and I’ve seen this happen many many times before:  a shocking allegation is made through the Alt Media, that spreads faster than the speed of sound, and very soon is considered a “FACT” when it’s never been proven.  And within a very short amount of time (shockingly short actually), people seem to forget that this hypothesis, this statement, this so called “fact” hasn’t actually been proven, yet they then build an entire narrative around it as if it IS fact, regardless of the lack of proof.  Hell, sometimes whole groups of narratives are then tied together to include this so called “fact”, again, completely forgetting that it’s never been proven on any level. 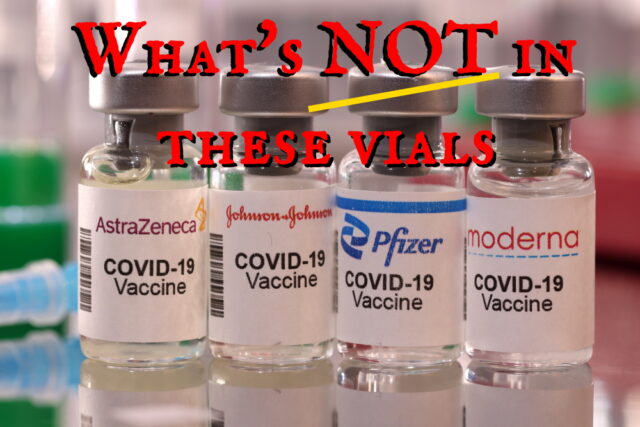 For the past year and a half I have continuously reminded people that we have seen absolutely NO PROOF that there is graphene oxide in the Covid jabs.  On my weekly show, The UnFuckIt Discussion, the topic would come up at least every month or two, and again I would state categorically that there is zero proof of this statement that is now considered “fact” by the “truther” community at large, and many many times I’ve asked ANYONE who’s found actual scientific proof to please send me a link/video/study so that I can SEE the proof.  Why have I been so adamant for almost 2 years in denying the graphene oxide story?  Because nothing about it was logical.  Nothing about it made any sense. And most importantly: THERE HAS BEEN NOT A SINGLE SHRED OF PROOF GIVEN TO SUPPORT THE HYPOTHESIS.

We regularly point out the fake science of Fauchi etal, we regularly scream about the ignored scientific research that the main stream media and global governments are deliberately rejecting and pretending doesn’t exist.  Yet for some reason, someone can post a bunch of pictures of so called vaccines under a microscope, showing images of weird shapes and bizarre looking things pressed between two slides, then make absolute statements of fact based on these images….. and the “awake” community accepts it as truth and fact without even giving it a second thought.

…unless you’re a trained microbiologist with experience with mass spectrometry, you CANNOT look at an image on a slide and say “OH MY GOD, ITS GRAPHENE OXIDE”  or “Holy shit there are alien parasites in this vaccine!!!”, because REAL SCIENCE doesn’t work that way.

The fact that many of the most lauded doctors that people have been holding up as  shining beacons of light to the world, have said absolutely ZILCH about graphene oxide being in the covid shots seems to have been conveniently overlooked by most of the Alt Media. Fantastic research scientists that  have been warning about the jabs, about blood clots, about myocarditis etc…. have never once mentioned graphene oxide.  And yet it’s now accepted as “absolute fact” in the Alt Media.

Well, I can now stop ranting about “show me the proof”, because finally, after almost 2 years, the absolute PROOF is now available:

THERE IS NO GRAPHENE OXIDE IN COVID SHOTS.

THERE ARE NO PARASITES IN THE COVID SHOTS.

I want to send a HUGE thank you to Del Bigtree and Pathologist, Dr. Ryan Cole for finally, in full transparency and used ACTUAL SCIENCE proving this fact once and for all!!!  Not only prove it, but also explain what you are seeing on these slides, and WHY mass spectrometry HAS to be used to analyze these sample to 100% verify what is being seen in these vaccine samples. Not just one sample- they analyzed over a hundred samples to cross verify their information. THIS IS HOW WE DO SCIENCE.

I’ve embedded the original video from Highwire’s BitChute account below, but I’ve also taken a copy and uploaded it to Bastyon on the blockchain so that I KNOW it can never been deleted (I will also upload a copy to the UnFuckers Library later today).

Please take one hour out of your busy schedule and watch this video.  It’s VITALLY IMPORTANT that this information is spread through out the various “freedom”, “truther” “awake” groups and communities. Everyone needs to KNOW the actual REAL dangers of the Covid Jabs, and not be lead down the garden path of yet another “conspiracy” through the Alt Media.

My friends, these jabs ARE deadly!!!  But we need to stop taking the attention away from the REAL dangers, and start focusing on what is really happening to people due to not only the jabs, but the Covid infection itself!  We need to bring the focus back to the REALITY of these jabs, and stop spreading rumors and fairy tales that are just a method of distracting and dividing the “Awake” population.

The truth of these horrific “vaccines” is enough, we don’t need to invent any boogiemen.