Edited additions at the bottom of the article.

Ok my friends, this is epic insanity.  Last night this video was posted in the UnFuckers group, which shows the Earth’s Magnetopause getting absolutely hammered.  This isn’t about just a simple “magnetic storm” or “CME” hitting our planet… The magnetic lines in the live Magnetopause are literally smashed in a way that I’ve rarely ever seen before!

Here are some of the freeze frame images from Laura Wells Video:

But What the Fuck is actually going on here? What is it that we are seeing?  According to Tesis– the Russian solar observatory, the geomagnetics of the planet were completely calm yesterday: 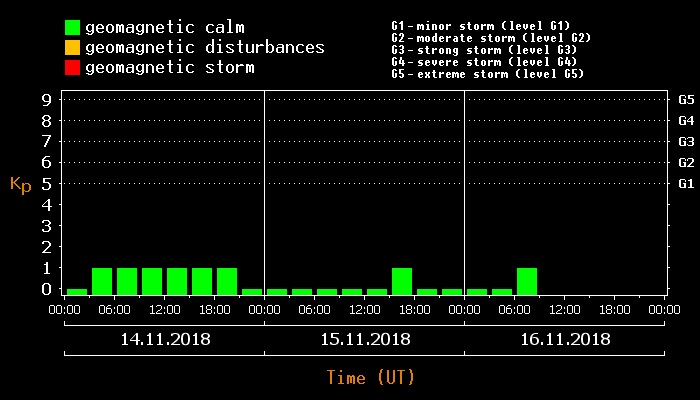 …. No solar flares at all… literally the sun has been flat lined for weeks: 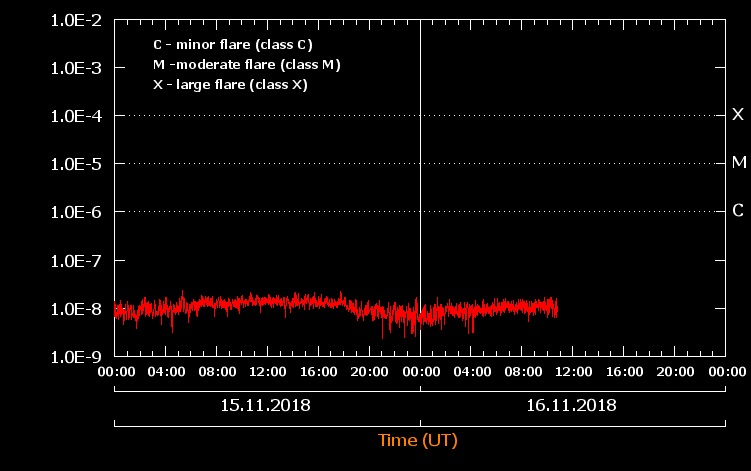 With only a couple of baby coronal holes, most of which are not even geoeffective:

And the only sunspot facing Earth is so small that it mights as well not even exist:

So, either the solar observatories are lying to us, or there is no solar activity that it the cause of the extreme hit we took to the Earth’s Magnetopause yesterday.  Which leaves the question, if it wasn’t solar magnetic energy, then what the fuck was it?  Well, in the past few days a few interesting articles have been put out in the main stream science websites about a “Dark Matter Hurricane” that we are purportedly in the middle of.

Just a few of the articles that have come out in the past few days on this subject:

So here’s the thing about “Dark Matter”…. it’s only a theory.  It has never been proven conclusively to exist.  No one really knows what it is, if it is, where it is, why it is, or how it is…..  but let’s take a second look at this idea:

It’s the perfect science-fiction device: a hurricane of dark matter. Recent, real-life research has demonstrated that our Sun is currently engulfed in a so-called a stellar stream. Some publications have seized on this ominous-sounding idea, reporting that Earth is about to be walloped by a dark matter storm—but in fact, if it exists, we’re already inside the storm. The reality of the situation isn’t quite so dire, but it’s interesting nonetheless.

And let’s remove the words “Dark Matter” from it, and insert the words “Cosmic (or Galactic) Energy/Particles”.  We KNOW that we are, and have been for quite a while, getting hit with a lot of cosmic rays, galactic energy particles etc….  I’ve discussed this during several shows over the past few years, and especially this last couple of months.  Apparently we’re really in the middle of it right now- so much so that the main stream news has felt the need to push the “fear porn” and create some sort of story to explain the wild ride we seem to currently be on.  Is THIS what we are seeing interacting with the Earth’s Magnetopause?  We don’t know- and I doubt any of the stooges in the major agencies actually know.  But gathering together all the basic pieces of the puzzle, I have to assume that they are, at the very least, related in some way.

What does it mean?  Well…. it means that shit is getting really weird, lol.  And it means that we cannot predict really what’s happening planet-wide.  We have a huge uptick in large scale earthquakes again, we have wild weather, we have raging fires, we have people dropping dead all over the place…. Cause and effect?

All I can add to this is, Hang on folks!  It seems we’re in for a bumpy ride!!

A few little additions to add to this puzzle:

CERN ALICE project has just started crashing LEAD  nuclei in the LHC.  Here is a look at the past two days: 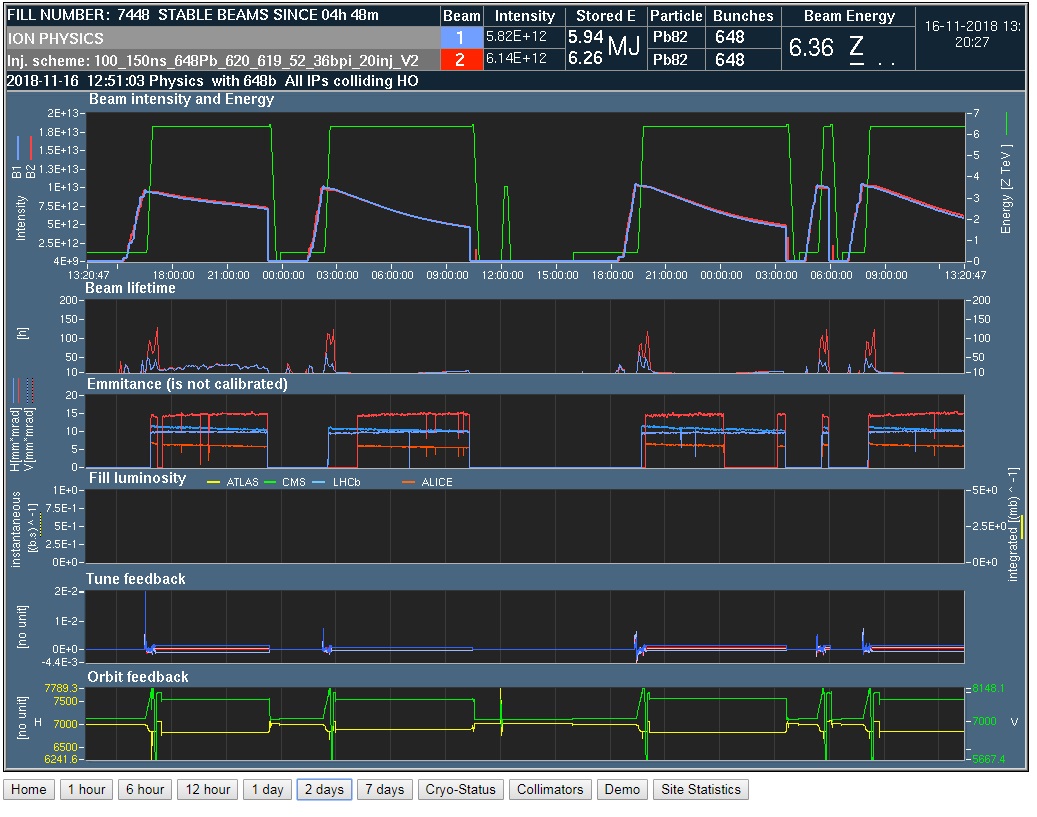 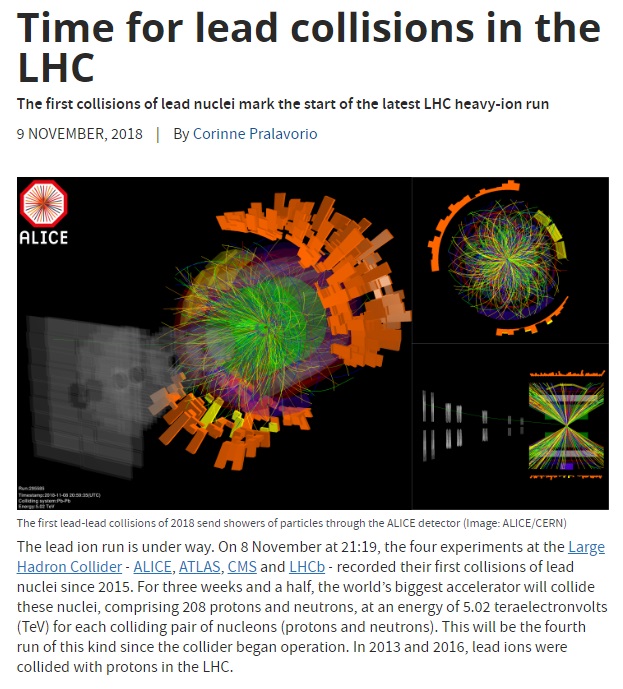 Collisions of lead nuclei will allow physicists to study specific phenomena such as quark-gluon plasma, a state of matter that is thought to have existed during the very first moments of the Universe, when the temperature was so high that quarks and gluons were not confined by the strong force into protons and neutrons. The previous runs with lead nuclei have already produced a vast amount of data about the properties of quark-gluon plasma. Evidence of many other phenomena, including light-by-light scattering, has also been found in heavy ion collisions.

Among the four LHC experiments, the ALICE experiment specialises in studies of the strong interaction and the quark-gluon plasma. The experiment aims to perform more precise measurements of various phenomena, such as the melting and regeneration of quarkonia – particles consisting of a heavy quark and anti-quark pair. A Facebook live event will take place on Tuesday 13 November at 4pm (CET) on CERN Facebook page.

The accelerator teams intend to rise to various challenges for the 2018 run.  “We want to maximise the luminosity in order to generate as much data as possible and prepare for future runs, especially at the High-Luminosity LHC”, says John Jowett, the physicist in charge of the LHC heavy ion runs. Luminosity is a key parameter of a collider that indicates the number of collisions that can be produced in a given period of time. During the last heavy ion run in 2015, the luminosity achieved was over three and a half times higher than the LHC’s design luminosity. This time the LHC team is aiming even higher.

A new configuration of the accelerator optics has been implemented to increase the squeezing of the beams at the collision points. The next step will be to reduce the spacing between the bunches of nuclei that make up each beam, thereby increasing the number of bunches.

The experts have been getting ready for the run for several months, carrying out extensive analyses and measurements to increase the performance of the injectors as the lead nuclei are actually prepared by a chain of four accelerators before being sent to the LHC.

These heavy-ion collisions will last three and a half weeks, with the last beams scheduled for the morning of 3 December.

The accelerators will then be shut down for a two-year technical shutdown that will allow major upgrades to be made to accelerators and detectors.

I’ve highlighted the last two sentences in red.  Why?  Because in Dec 2012 CERN said the same thing, that they would be closing down for “maintenance and upgrades” for 2 years, and it’s been strongly hypothesised that the last run of “experiments” that CERN did in Dec 2012 could very well have been the trigger for a lot of the extreme strangeness we’ve experienced since then.  So… Is Dec 3rd a date to watch for?  I don’t know about you, but I’ll definitely be watching!! 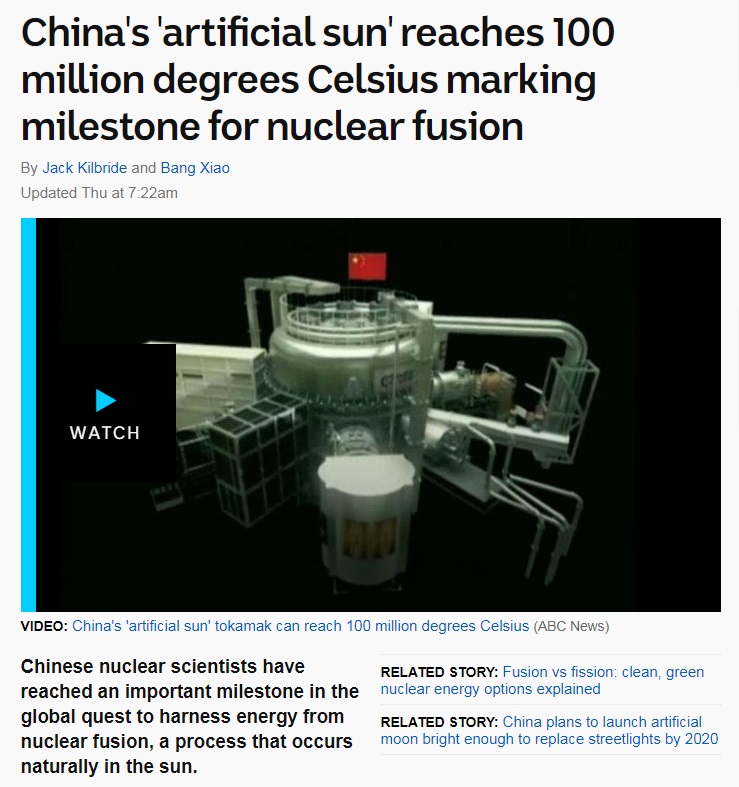 The team of scientists from China’s Institute of Plasma Physics announced this week that plasma in their Experimental Advanced Superconducting Tokamak (EAST) — dubbed the “artificial sun” — reached a whopping 100 million degrees Celsius, temperature required to maintain a fusion reaction that produces more power than it takes to run.

To put that in perspective, the temperature at the core of the sun is said to be about 15 million degrees Celsius, making the plasma in China’s “artificial sun” more than six times hotter than the original.

….While current nuclear power plants rely on nuclear fission — a chain reaction where uranium atoms are split to release energy — nuclear fusion effectively does the opposite by forcing atoms to merge.

One way of achieving this on Earth is by using what’s known as a tokamak, a device designed to replicate the nuclear fusion process that occurs naturally in the Sun and stars to generate energy.

The EAST that pulled off the 100 million Celsius feat stands at 11 metres tall, has a diameter of 8 metres and weighs about 360 tonnes.

It uses a ring to house heavy and super-heavy isotopes — atomic variations — of hydrogen known as deuterium and tritium.

The isotopes are heated by powerful electric currents within the tokamak, tearing electrons away from their atoms and forming a charged plasma of hydrogen ions.

Powerful magnets lining the inner walls of EAST then contain the plasma to a tiny area to maximise the chance that the ions will fuse together.

When the ions fuse they give off a large amount of energy, which can then be harnessed to run a power plant and produce electricity.

The Chinese research team said they were able to achieve the record temperature through the use of various new techniques in heating and controlling the plasma, but could only maintain the state for about 10 seconds….

…He said that the achievement by EAST will be important to the development of the next major experiment in global nuclear fusion science: the International Thermonuclear Experimental Reactor (ITER).

Currently being built in southern France with collaboration from 35 nations including China, ITER is set to be the first experimental fusion device to produce net energy, producing 10 times more energy than the power required to run it, according to the project website.

While ITER is only an experimental facility and will not harness the fusion energy to create electricity, if successful it could pave the way for future nuclear fusion plants….

Ummmmmm…. first off, if they are not “harnessing the fusion energy to create electricity”… then what are they using it for?

Secondly, MASSIVE Electrical and Magnetic energies are being used in this project.  Could this be a trigger to what happened yesterday? Or if not a “trigger”, could it have played a supporting role?

When all the agencies are playing with unbelievably powerful magnetic and electrical, and plasma based toys, WHILE we are traveling through a “Hurricane of Dark Matter”….. does anyone REALLY know what the fuck is going on?