It would seem that the Sun has decided to start off the new year with a bang.  …A few of them in fact.

For the past 10 days or so, Sol has been very active, and luckily most of the bigger bangs have NOT been Earth facing.  The Solar face is dotted with several sunspots, three of which are quite large, magnetically complex and have each fired off 1 X-Class solar flare in the past week.  The two latest X-class flares have happened in the past 48 hours: 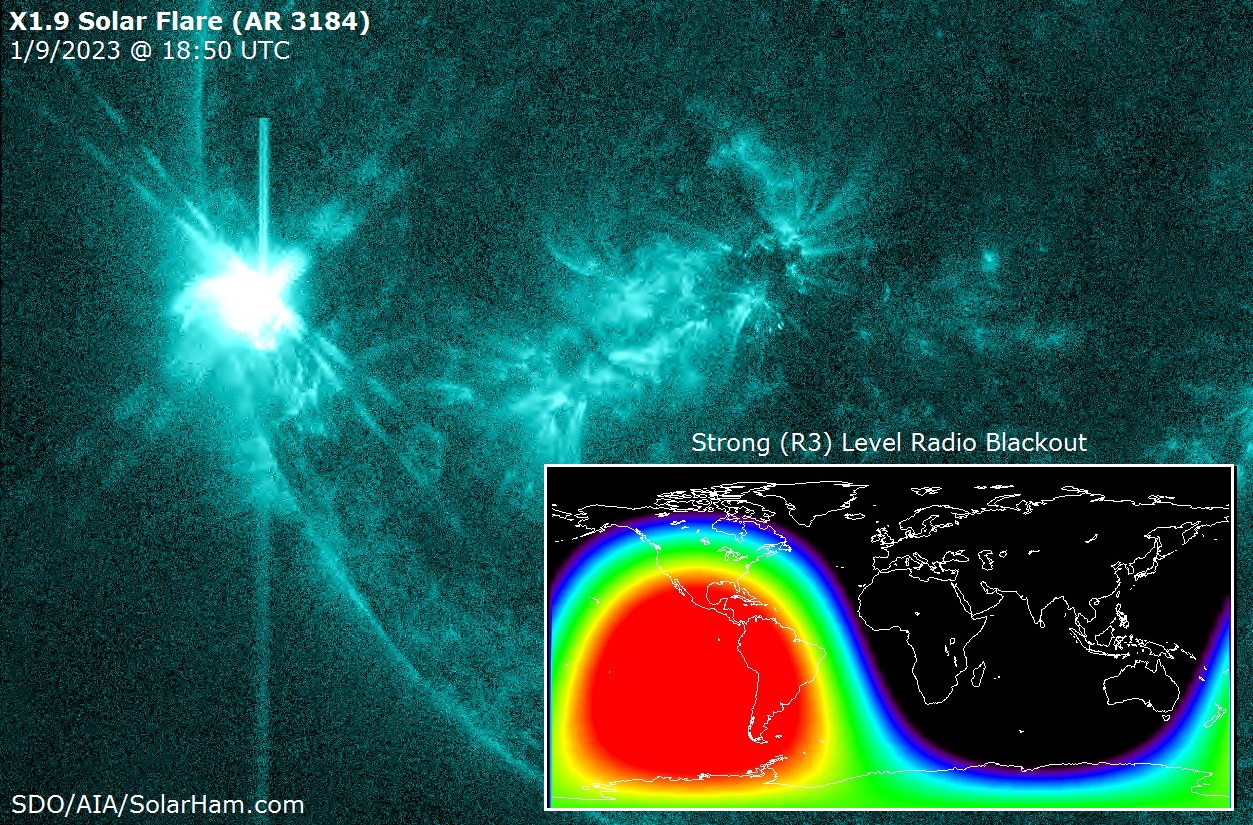 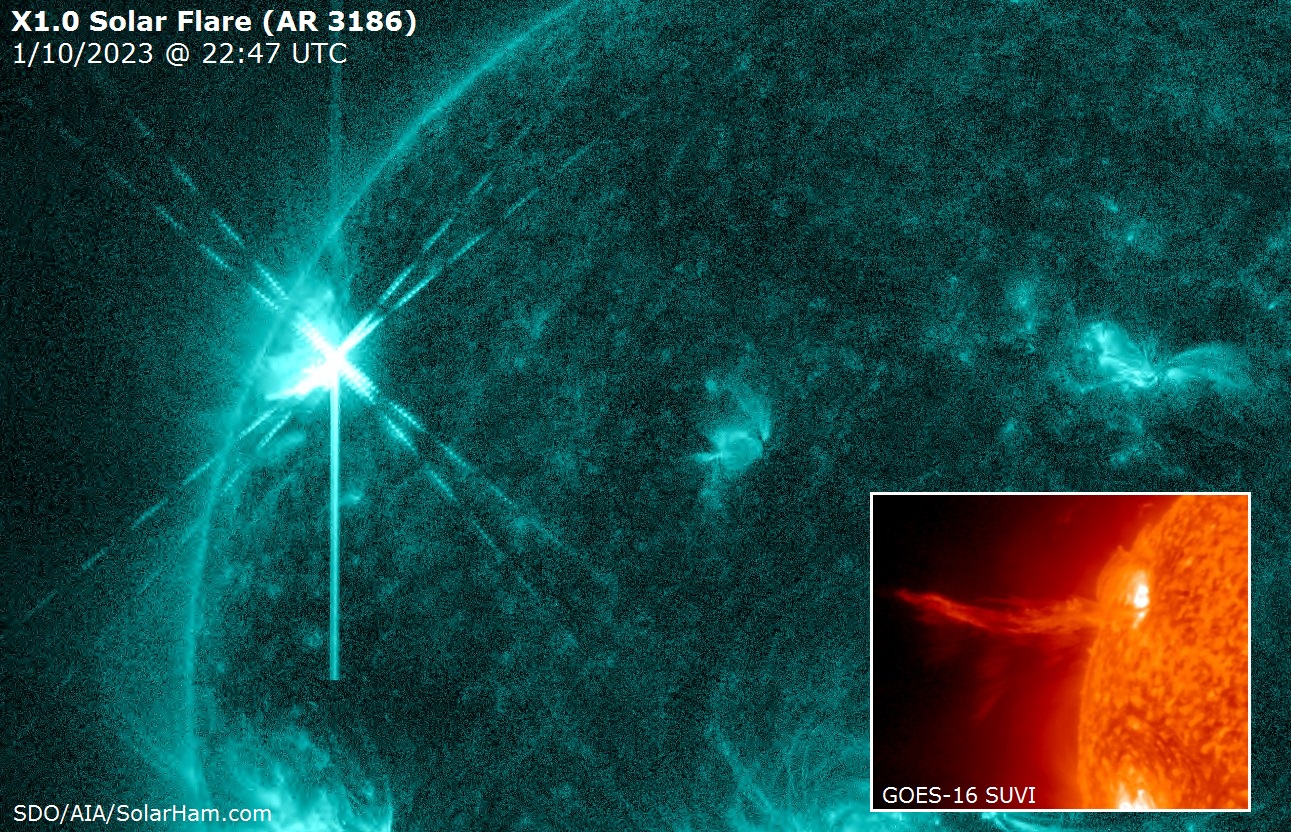 Along with the X-Class flares have been several M-Class, and multiple C-Class flares as well.  Sunspot AR 3182, which is quite large and magnetically complex- Beta Gamma Delta – is now directly Earth facing, and while it’s been quieter the past few days with mostly C-class flares, this is the sunspot that gave us the first X-Class solar flare, X1.6, of 2023 on January 6th while it was still around the limb and not Earth facing.  Both AR3184 and AR 3186 are now coming into forward Earth facing position, and we have a new sunspot just rotating in. 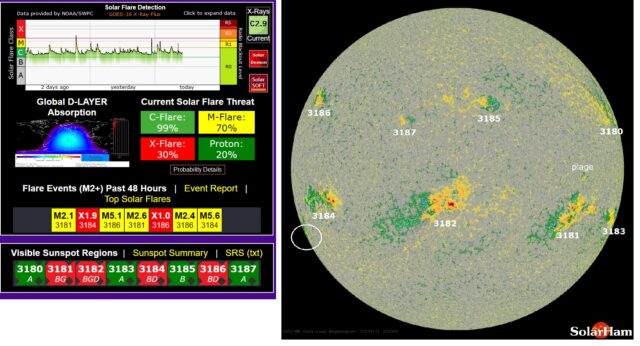 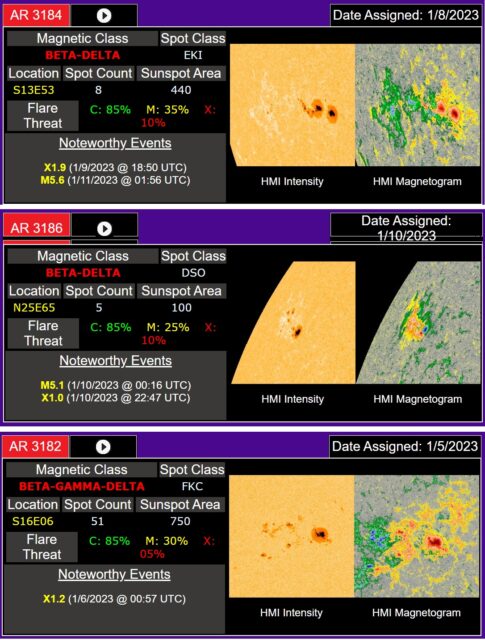 So far, these latest X-Class flares have not had a huge impact on Earth, although there has been radio blackout conditions during the Jan 9th X-Class event.   I will update later on if we have any more “interesting” solar events.